The construction of the piano and its regulation, page 4 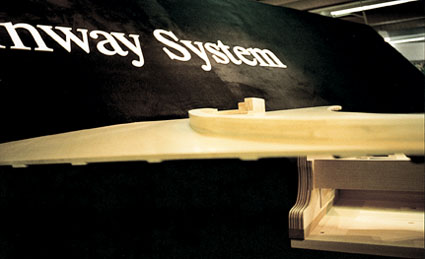 The Grand piano should be kept at around 21–22 degrees Celsius and with a moisture level of about 45 %. Large variations in humidity and temperature will change the tuning as the moisture content in the soundboard will change. During the summer the soundboard – consisting as it is of a convex surface – will expand and pull the strings more. The pressure in the Concert Grand will increase from 21.272 Newton at 440 Hz, to 21.446 Newton at 442 Hz. (That is 174 Newton more from an increase of the tuning with 2 Hz.) Be careful with direct sunlight and high moisture levels. It's not unusual for an instrument to vary from 338 Hz to 445 Hz over the whole year. 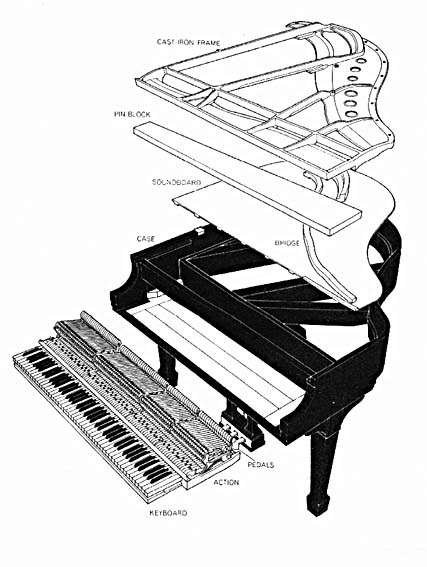 The modern Steinway is hand built, takes about one year to finish and has about 20.000 parts! 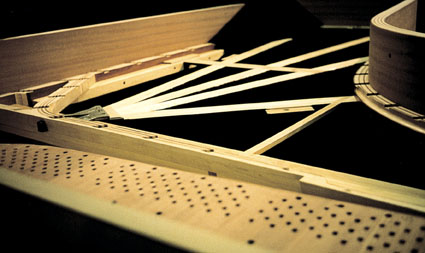 The tough and durable wooden construction beneath the sound board of a Grand Piano. (Above) 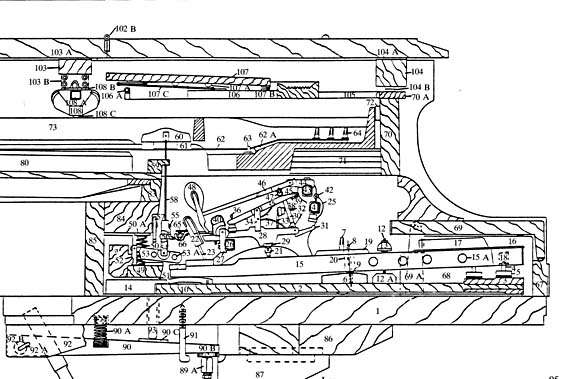 Another view of the very complex construction of a Grand Piano. 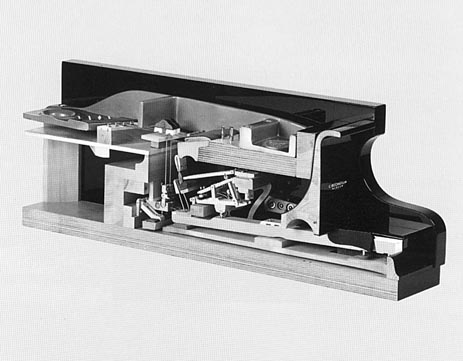 Another view of the many parts of the action inside the Grand Piano. Notice how strong
and thick the laminated tuning plank is – how it’s secured into the iron frame to
withstand the particularly strong pull from the strings!

To my surprise, I have noticed that most pianists know very little about their instrument. They do not know what to expect from the tuning or how the action should be properly set! This is, of course, not an ideal situation. When preparing for a concert, I have found that only one hour of work on the hammers – sanding and voicing – and a quick adjustment of the action to yield better, faster and more sensitive touch, will produce much better results than practising several hours on the raw instrument. Nowadays, I refuse to play on a badly adjusted instrument since it will not respond to my musical intentions. Remember that most makers will set the action at "low level setting" to insure that usage will not prevent the action from working properly. This is the reason why there is a lot to gain from adjusting your instrument properly.

"Tuners should – in my Utopian view – be better pianists. On the other hand, all pianists should be expert voicers - if only in self-defence. A course on the regulating and voicing of pianos should be obligatory for all piano students at music schools."

"Evenness can only be achieved by careful regulation of the action, together with the technique of voicing. The rounder, duller, blunter the tone, the less chance one has to colour it."

"If a concert grand goes out of tune, the fault often lies not with the instrument, but with the inadequate skill of the tuner. Unevenness of volume is, however, musically more disturbing the softer – and not the louder! – one plays."

"Many pianists do not even realize how much they are entitled to expect from a concert grand." 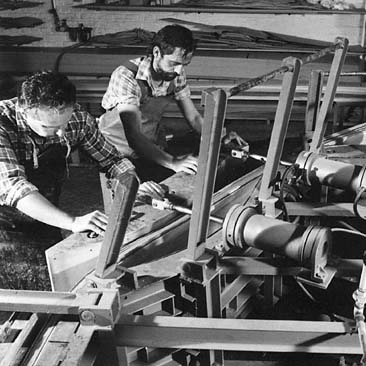 The rim is made of several layers of wood which are glued together under strong pressure.
Here is the truly massive frame which applies the pressure during the moulding of the frame. 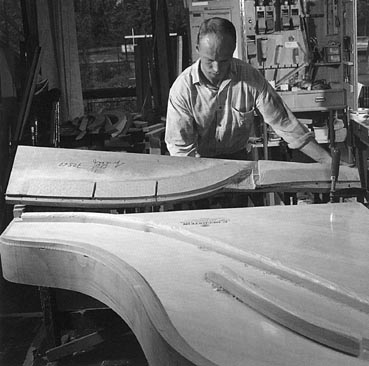 The soundboard without its pins on the bridge,
and the laminated tuning plank to the right. 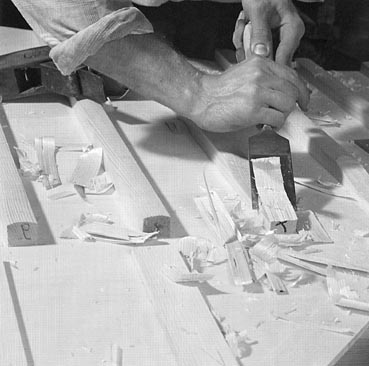 The soundboard is glued convex under pressure and the
strong ribs are bevelled by hand on the edges. 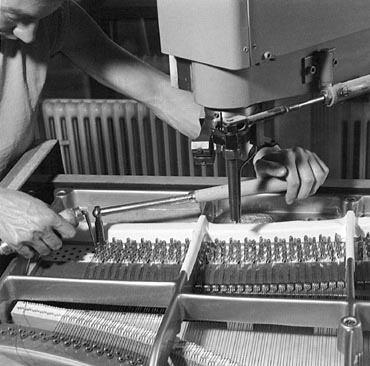 The hammers shape and voicing, normal regulation and some unusual photos   Page 5