Slot racing has been a hobby of mine since I was a little kid. I started with a Faller HO track when I was eight or nine years old. Some years later my father built a table for my ever expanding track, that I could be lifted – but just barley – out of the way and up into the roof with the help of cabels. So there could still be some space left in the room for a more normal life, when I did not drive the cars that is ... 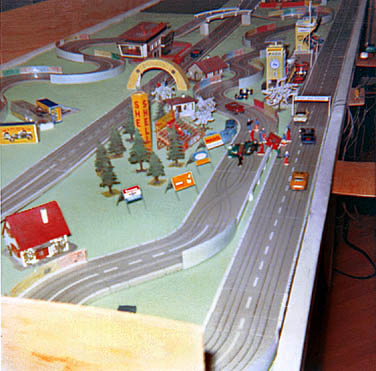 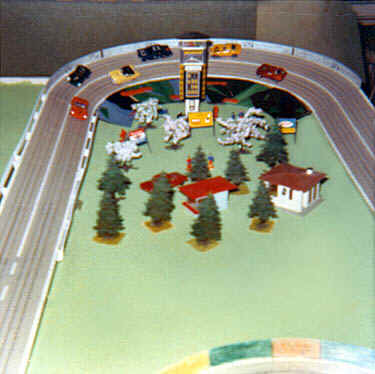 These pictures are from my teens and it’s a quite long HO-track (1:87) which I had in Sundsvall. I bought spare parts from USA and rewound the engines and painted the new plastic bodies. I had to sell it as it took so much time from my other main interest which is piano playing, but I always longed for another track and later on in Stockholm, I bought a track and placed it in my kitchen on an double plane table. That track disappeared when I got married (!) as I needed the space for other things. 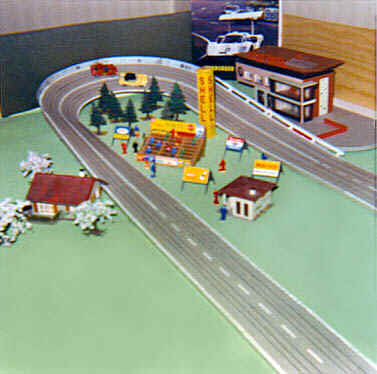 In October 2001 I saw a big wooden track at a toy-exhibition and suddenly found out that there was in fact a track for big cars (1:24) in Stockholm just recently built in 2000. Slot racing had not been popular for many years and the big wooden tracks disappeared in Sweden during the 1970's. I was almost jumping up an down because I really missed racing the cars. I haven’t really before raced with big slotracing cars, only tried them on a few occasions, so this was something new. I immediately bought a car and started racing.

It’s very hard competition at our track. There are several drivers with a lot of experience. Several former Swedish Champions, European Champions and Lasse Åberg who among many other things, are holding several World Championships. To drive among these guys are a real thrill and something to enjoy. I do think that the competition at our club must be among the strongest you can meet anywhere.

Still I like the idea of HO-scale racing. It gives very much of fast racing for its money. You can have a fantastic track at a very limited space. Just as an example, look at these two tracks: 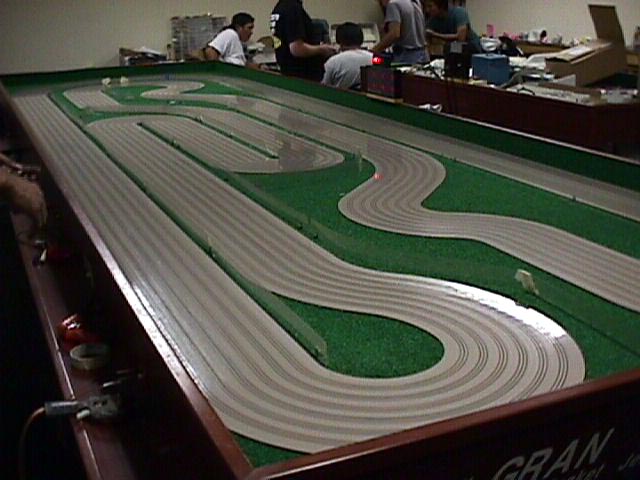 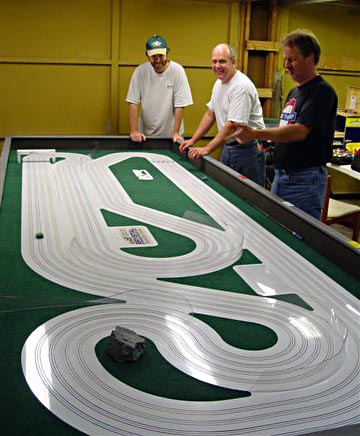