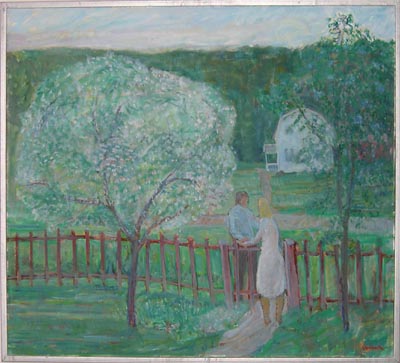 The very special northern light, where the sun doesn't disappear during summer time,
is very difficult to catch in a painting using heavy colours such as oil colours.

Anders as a child ill with mumps.

Mountain streams or even waterfalls from north
of Sweden, was a frequent motifs in his paintings. 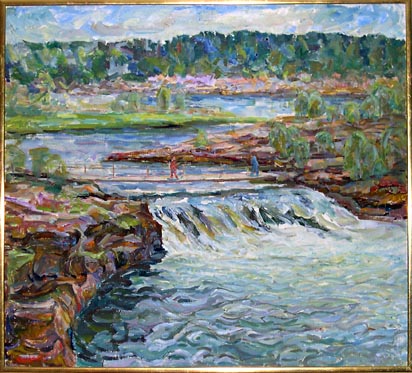 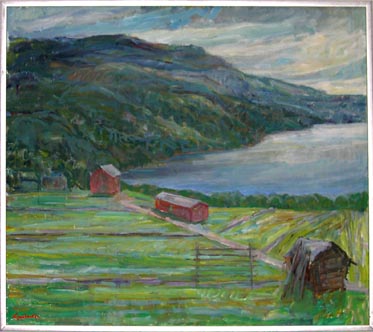 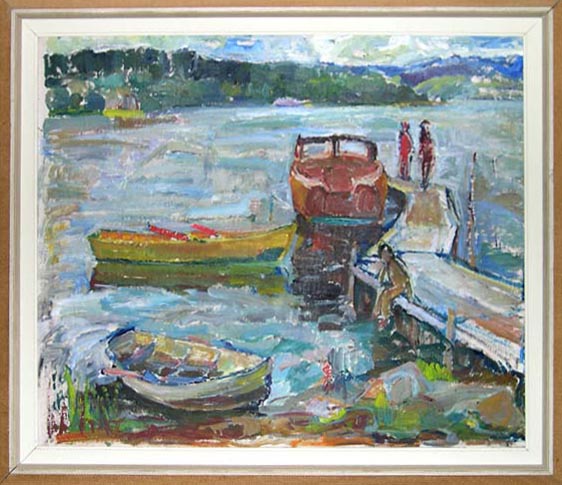 A view from our summer place with the old wooden boats that I liked to drive. Actually, I liked
a smaller plastic boat much better, it was faster with the old West Bend outboard engine we had ... 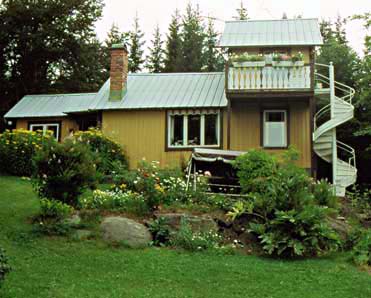 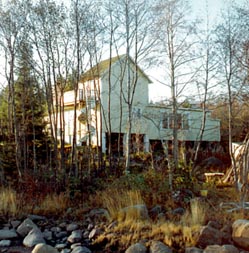 This is how our summer-place looked. Our father build this house as well as several others
nearly without any help at all. It was a fantastic house for young children to spend the very long
summer holidays in. To the right is the house viewed from the water-side in 1965. 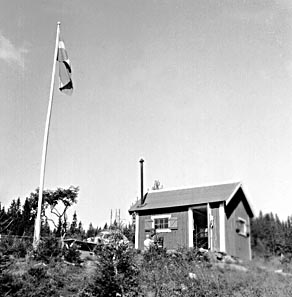 The small house to the left was the first building in the 1950's.
Then the other parts of the house where added later on, one by one ... 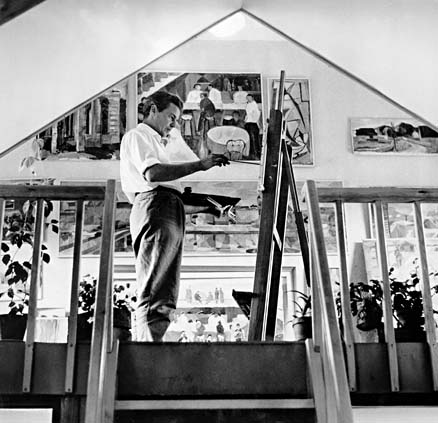 Rune inside the summer-place painting in his top floor studio.

To the right is a summer-house in Sundsvall that was completely rebuilt
for year-round use. A second floor was added under the top floor. 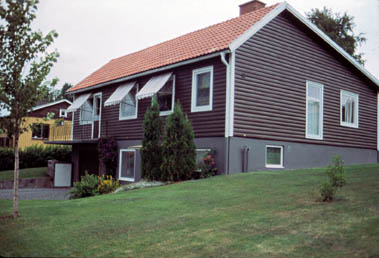 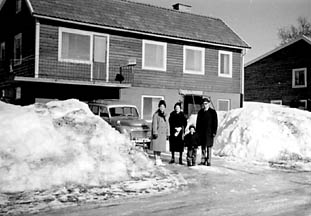 This is a house that my father built nearly by himself. I spent most of my childhood here.
Playing piano and driving slot-racing cars. As you can see to the right, there was much
more snow in the 60's, than there is today.