During 19 years of concerts the intermission café was decorated with posters. It’s hard for me to understand that I made the preparations for the concerts 90 times ... Each year I worked about three to three and a half months on the concerts. This adds up to about five and half years of full-time work, and that is only in relation to the production of concerts themselves. 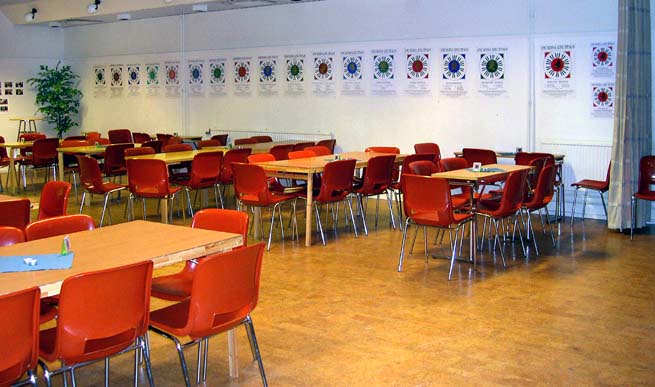 The joy of a sold out hall... At each one of the 90 concerts about 200 people had coffee and cake. 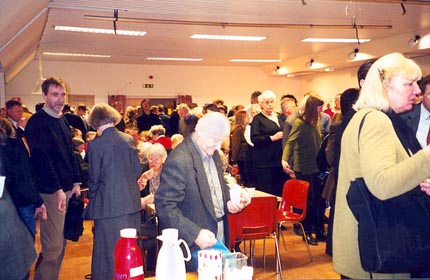 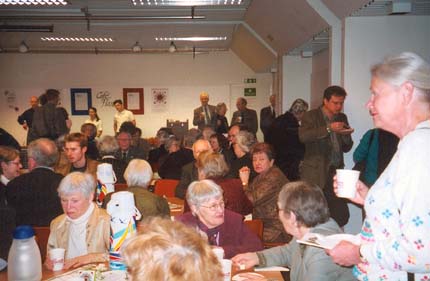 More artists: below is Angela Hewitt, one of today's foremost experts on Bach. 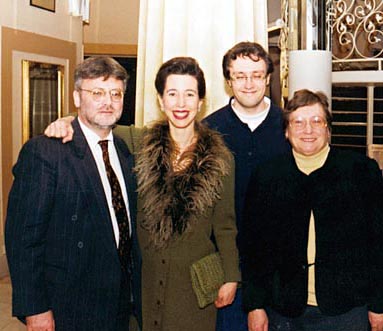 Each year had a theme, and it was natural to ask Hewitt to play Bach, among other things. My mother Ingrid and my younger brother Jörgen are also in the picture. Jörgen, a journalist by profession, has written nearly all of the texts in the programme book for the last 10 years. 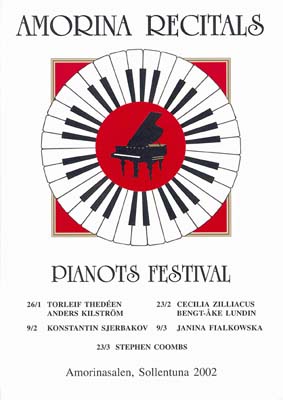 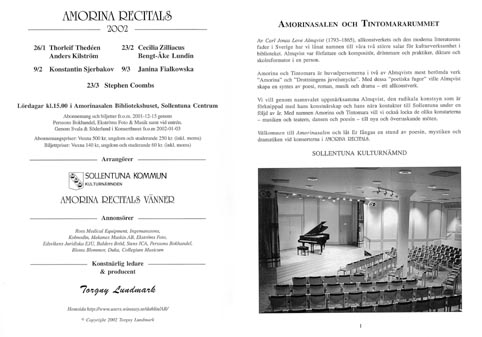 Each year a programme book with 36 pages was produced and given to the concertgoer at no extra charge. Part of my work as a producer was finding sponsors to finance the printing. More importantly, this programme book separated us from other music events in the Sollentuna community. This made it clear for the audience where one could listen to the professional artists; a truly important distinction in my ambitions to promote high quality music-making.

Since almost no artists in the classical field are known today outside a very limited group, one has to handle this question in this manner. This approach might seem strange to non-Swedish readers, but cultural life in any community in Sweden is based on what the local musicians are doing. Most of them have no musical education at all, and their playing standard is – shall we say – not on a uniform level... Do not misunderstand me, I'm not against amateur musicians. But if the promotion of amateurs is at the expense of professionals, it will work against any possibility of growth and progress in the art music field. The classical musician will then find no avenue to reach out to an audience. I had to fight for this approach with many people, as this is looked upon as something "un-democratic" and abnormal here in Sweden. Here everything is considered equal – with no consideration given to content or level of expression – and should be treated as such no matter the ability to reach a wider audience! These strange and unbalanced notions are held sacrosanct by prominent politicians and civil servants. No word is ever uttered concerning quality...

Over the years, many collaborators have been suggested to me from many "artists", even if they were clearly not prepared or even ready for the task of playing in the series. To stop the worst nonsense, I always demanded at least a diploma in instrumental playing before even considering the artists for Amorina Recitals.

Our aim through the programme book was to produce well researched and pedagogical texts. It was essential to present basic facts, since the average concert-goer of today has very limited knowledge of standard repertoire. The text is an important key to reaching out to newcomers as well as to stimulating regular attendees. Moreover, Amorina Recitals often was the forum for less familiar repertoire which demanded an even more careful presentation. On many occasions the series had Swedish premieres and a number of times even musical world premieres! 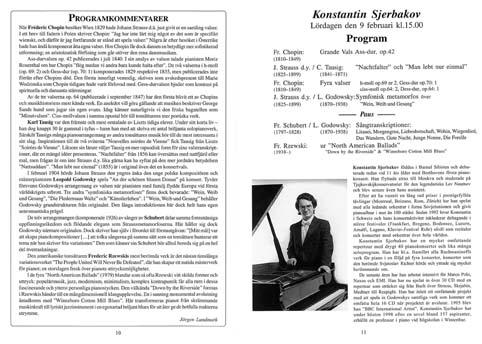 An example of the programme book (above) highlights the brilliant Russian pianist Konstantin Scherbakov. He came twice for concerts in our hall and played among other things some extremely beautiful Schubert-Godowsky songs and the seldom heard “North American Ballads” by Frederic Rzewski. It’s more than likely these pieces had never been played in Sweden before, since they demand a pianist of absolute world class standard. The last piece in the collection, Winnsboro Cotton Mill Blues, is something extraordinary to hear in a live performance. The piano produces sounds you wouldn’t think were hidden inside the lid. 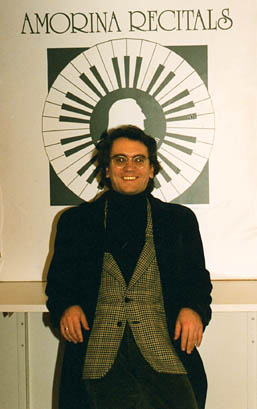