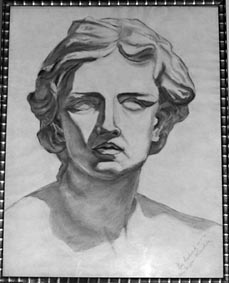 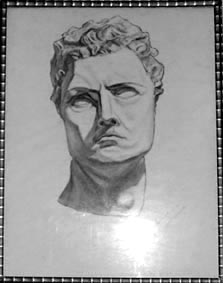 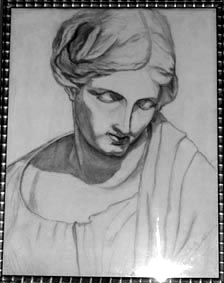 Rune Lundmark belonged to those artists who had learnt his trade from by studying the basic drawing techniques, giving him a firm ground to stand on.

To show-case a solid painting technique is not something that you can take for granted nowadays. I can never respect anything in cultural life which does without a well-founded craftsmanship or otherwise displays some kind of deeply rooted thought process for its creation. You need a technique to express yourself, otherwise the expression has an tendency to be both over-emotional and un-intelligent at the same time. During the development of a technique, the hardships involved in this growth process will strengthen your mind and sharpen your senses and make you a better artist. 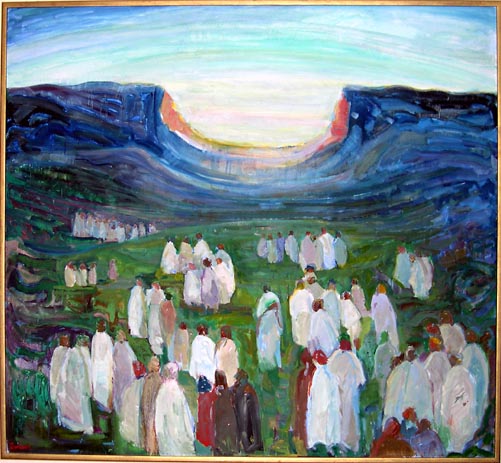 This is a very large painting "Towards the same destination" portraying the famous "Lapporten"
in north of Sweden as a symbol for the gate to life after death.

In an earlier picture Rune Lundmark painted this mountain in a more realistic manner.
The actual area was formed during the ice-age. Some ten or fifteen years later the artist produced
a series of wood-cuts of the same symbolic landscape. He added a poem (by Evald Westerlund)
to this much smaller picture, describing the religious significance of the scene. 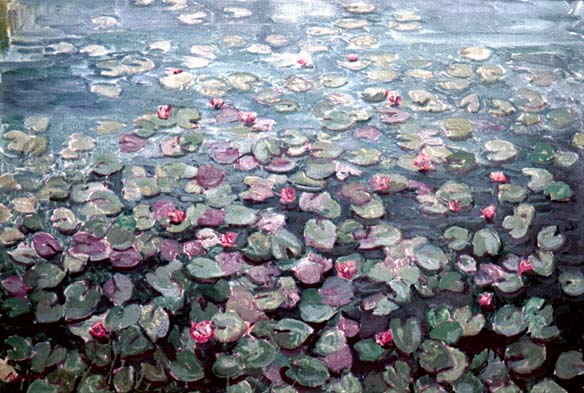 A large painting from his years exploring Impressionism (1968–1974). A work clearly inspired
of Claude Monet, the leading figure of impressionistic painting. 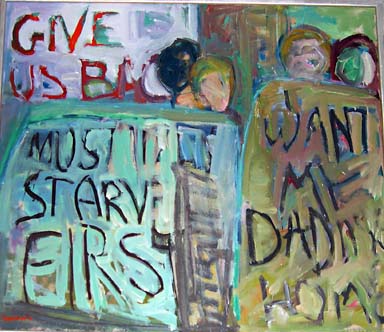 This painting is a child of its time. It reflects the growing protests directed against the U.S.
during the Vietnam war. But this is not a direct comment on this war, but rather a pacifistic
outcry against the cruelty of all wars. 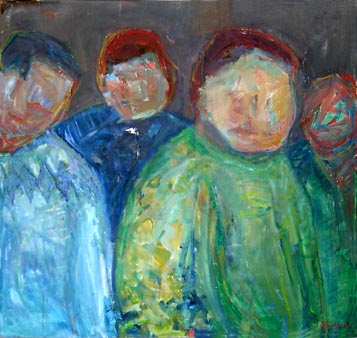 These figures seem rather threatening in their tense appearance, but the shining
colours – typical of my father’s work – tells a different story ... 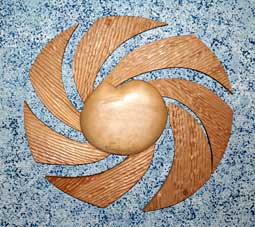 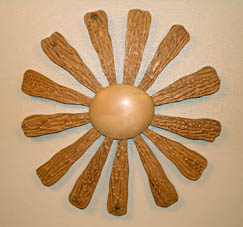 A big wooden carving of the sun in different positions during a day! 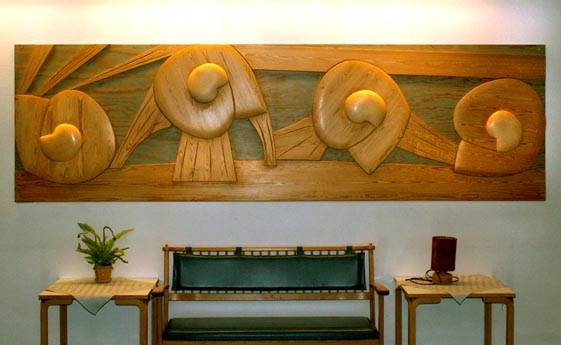 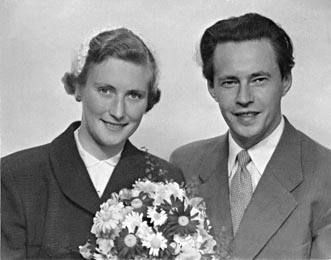 Rune married Ingrid in 1954 and they had three sons (left to right):
Torgny, Anders (computer engineer) and Jörgen (journalist). 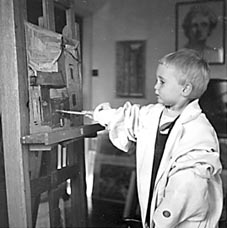 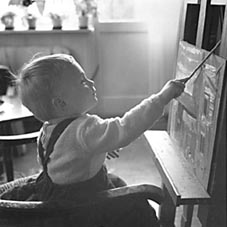 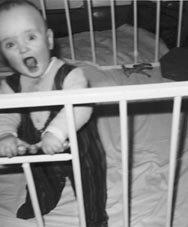