I have had the great opportunity to play at many excellent halls even though I never tried to develop a career. I just loved to play. I have even played at the small hall of the Philharmonic in St. Petersburg, the Glinka Hall. I'm very proud of this, but there is no photo, only a video from the occasion. The Russian TV RTR also made a TV program about me and later came to Sweden to film Amorina Recitals, the Cultural Minister, Astrid Lindgren and some other persons. Here are some of the beautiful halls I have played in. 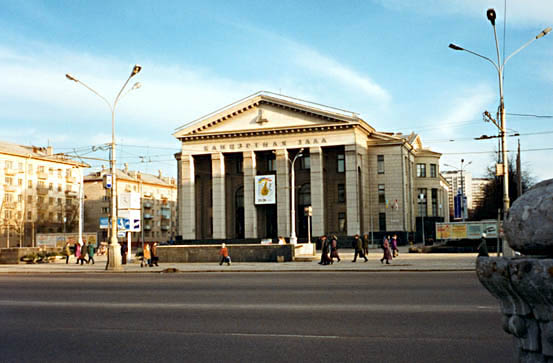 The great Concert house in central Minsk where I played a concert for a full house in February 1995.
I even had the chance to practise in the room where Richter and Gilels used to practise. I was
overwhelmed by the warm reception. 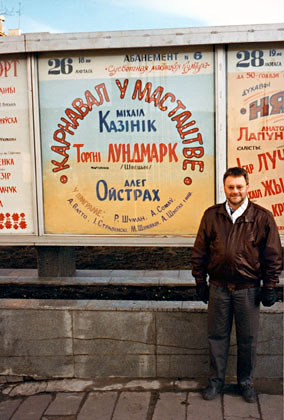 A happy pianist in front of the poster just before the concert! 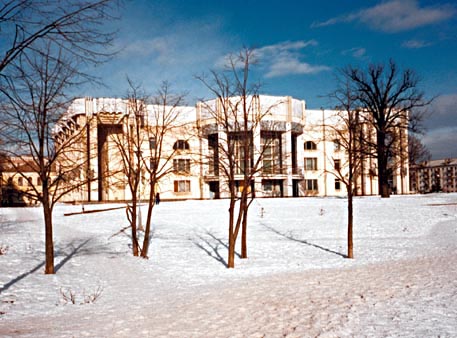 The absolutely beautiful concert house in central Kostroma, 260 km north of Moscow, which I
visited 3 times and where I played 11 evening concerts. I also played a number of additional
concerts for children. This is also the place where I met my wife at my first concert in 1995. 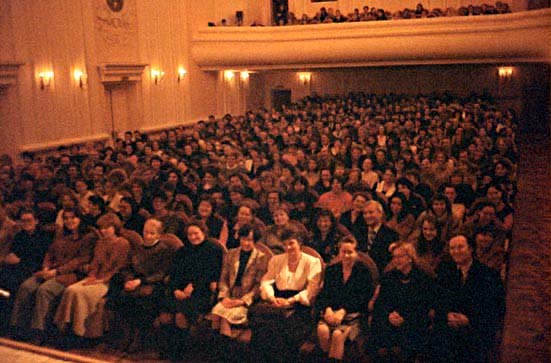 A full house, four evenings in a row. Not bad at all. I must say that Russian audiences are
among the best I've ever played for. But it was also hard work to prepare all of the
programmes. Eleven different programmes is a lot of music ... 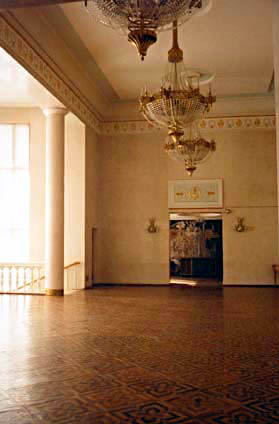 This is the very beautiful front hall in Kostroma Concert house. Note the wooden floor. 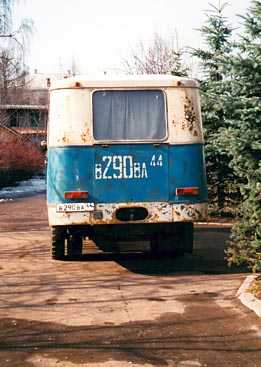 I'm afraid that the bus from the Concert House is not of the same quality ... 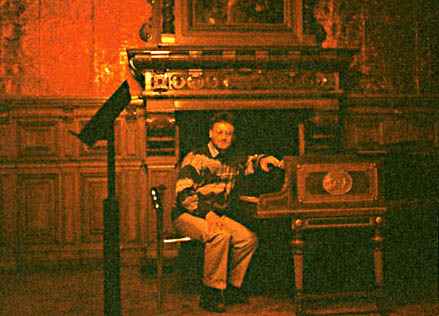 This picture is from St. Petersburg and the palace of Count Romjantsev. The beautiful grand piano
was once owned by the poet and songwriter Donajevskij and is now placed in a museum of the
Second World War. Note the music stand. This is the actual stand used by the conductor of
the first performance of Shostakovich's 7th symphony, right during the World War II when
Petersburg was under siege by Hitler.