I am a classical pianist who started to play for my father when I was around eight and a half years old. My father played mostly his own music or jazz, and was a painter. Some of his paintings you can see on another page. I played a lot during my childhood and loved it. Almost instantly as a child I learned how to read music and have never had problems with reading even dense scores. My first "real" piano teacher Rune Wahlberg – a pianist, conductor and a composer – had studied at the conservatory in Leipzig, performed his own piano concerto with the Philharmonic orchestra in Stockholm and written seven large scale symphonies. I do think that that contact with serious music life from the early beginning, was very important for my development. It gave me from the beginning an important role model. I taped music off the radio and played the tapes so much that the poor machine broke down from wear. I later collected LPs and from 1984 onwards, CDs. I now have quite a big collection of recordings containing about 2.500 CDs in addition, of course, to all the LPs and tapes... Many recordings are from my own concerts, and almost all of the 90 Amorina Recital concerts have been recorded. I have spent so much time listening... Well, after High School, I started my conservatory studies in solo literature and chamber music at Edsberg's castle in Stockholm. 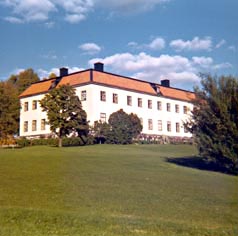 This is what the school looked like in 1977. I studied at the school for 4 years, between 1973–1977, and it was a perfect time to play a lot. We were only 18 students but had 10 teachers. There were very few lessons so you could practise as much as you wanted. At that time the school was under the wings of the Swedish Radio. Later on it came under the control of the Central Cultural Department and nowadays it's a branch of the Stockholm Conservatory. Today the school specializes in chamber music and is extra education after the first normal 4 years of instrumental studies at the Conservatory. 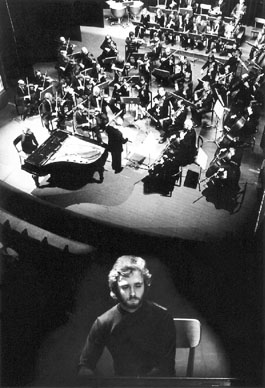 During my studies at Edsberg, I made my debut with the Sundsvall – Härnösand's Symphony Orchestra in 1976. I played Beethoven's 3rd Piano Concerto. I passed exams in the spring of 1977 playing the 2nd Sonata of Chopin and the A-Major Sonata, Op. 101 of Beethoven as well as some chamber music. After that, I began studies in the piano pedagogy track at the Conservatory in Stockholm, as I already clearly understood that my playing was only for my own enjoyment – not to make a living from. Even today, I know of only five (!) Swedish classical pianists who derive their sole income from giving concerts: to be able to make playing concerts your only source of income is very rare indeed. There are, of course, many pianists around who derive a portion of their salary from playing. 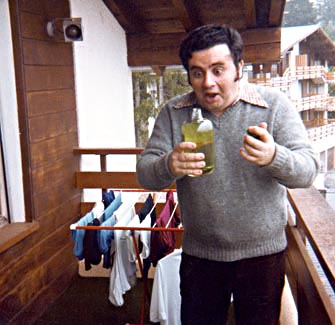 Later on, at the conservatory, they made it clear to me that my piano skills were already on a more advanced level than needed for the piano teaching job. So they did not give me any piano lessons at all. This was a questionable assumption. After many years in the music school system in Sweden, I have come to realize that one can never have enough mastery of the instrument. More proficiency can only be better, as knowledge is always good in itself. It only depends on how you will use your knowledge! At first I was saddened by the prospect of receiving no piano lessons – above all I wanted to play – but at a summer course in 1976, I came in contact with a fantastic man, Roberto Szidon.

Roberto (1942–2011) was both a doctor in medicine and international pianist. At the time I started to play for him, he had already recorded among other things, the Liszt Hungarian Rhapsodies and the Scriabin Sonatas on Deutsche Grammophon. (Re-issued on DG 453 034-2 [Liszt], and DG 00289 477 0452 [Scriabin]).  During the years I studied with him in Sion or in his home in Munich, I got to know him very well. And when the Amorina Recitals concert series started, Roberto was the first international artist that came and played a very big programme indeed. Rudepoema by Villa-Lobos was one of the pieces. (Re-issued on DG 00289 477 5439). 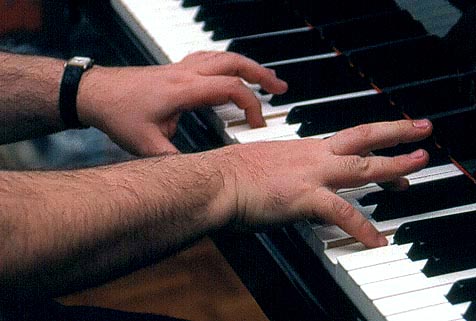 Roberto must have the most fantastic "prima vista" ability of any pianist, dead or alive. He can play almost anything at first sight. I remember taking some Swedish music to him, music that I knew for sure he hadn't looked at before. From a small conductor's score he played Stenhammar's 2nd Concerto and Berwald's Piano Concerto almost perfectly! I was reminded of all those accounts of Liszt's fantastic reading abilities! I now know quite a lot of overwhelmingly talented pianists of very high international stature, but in this ability, Roberto is really something extraordinary. But of course, this was not the only thing important with him. He had so many new ways of looking at a score, an ability to really read what was there, and offered new technical solutions, new ways of phrasing and of using the pedal. But most of all, when you sat beside this truly great pianist, you were affected by the higher level of concentration, thinking, as well as the music-making.
The picture was taken at his home in Munich. Just try to bend your little finger down at the same time as you bend the fourth finger back – without breaking anything vital !!! 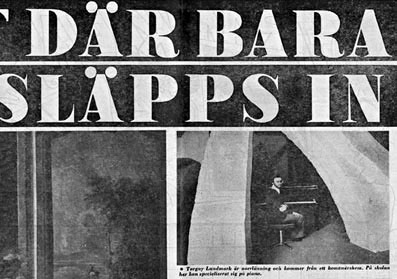 This is a picture taken from a centrespread in the evening paper, Expressen, dated August 1976, at that time the biggest newspaper in Sweden. The picture illustrates how much different the "news" is today.

At present time, it would be an impossibility to have a complete centrespread with the headline "the Castle where only the music elite is admitted". Today you need to have bigger tits, less brain and spread something else, to fit into the "centrespread" of Expressen! In fact this is a very sad change in the news. It has seriously affected classical cultural life as well as created a negative impact on schools, where any cultural life older than 55 years is hardly ever examined! Imagine if history lessons were only to give information about history following the Second World War!